For the first time in 2021, we decided to share an exciting experience for the Christmas holidays, using modern 3D web technology, creating the first fully personalized Christmas card! Completely modeled by us, there is nothing ready-made in the card, which makes it one of a kind!

In the beginning, we held many brainstorm meetings, where we discussed and clarified the main idea of the card, the elements in the game, the style in which to work, and other basic things. Subsequently, we considered the possibilities of actions that users will have, the gamification strategy, determined the implementation time we have, and distributed the tasks to the people on the team.

In addition to wanting to share our exciting Christmas project with people, we wanted it to be of practical use to our friends, partners, and clients. That is why we decided to give the opportunity to anyone who wishes to participate in our Christmas card game as a participant or as an exclusive collaborator.

Participants received innovative advertising of their business, placing their logo and link to their site in a prominent place in the game, which allows for new visits and new customers.

For the exclusive collaborators, we made the logo in a 3D model, as well as a personalized gift box in the style of the brand, with the content of their choice. Most often it was a holiday wish, on their behalf, with a link. We also positioned the 3D logos of the companies that participated as exclusive employees in the game's Hall of Fame.

Once everything was decided and we had a clear plan of action, we started working on the design of the game and so the original concepts were born.

The original models of the house were simplified, and what was the main focus was the shape. At first, we decided to try a brick texture, but the idea fell through later because we wanted the scene to look low poly *. 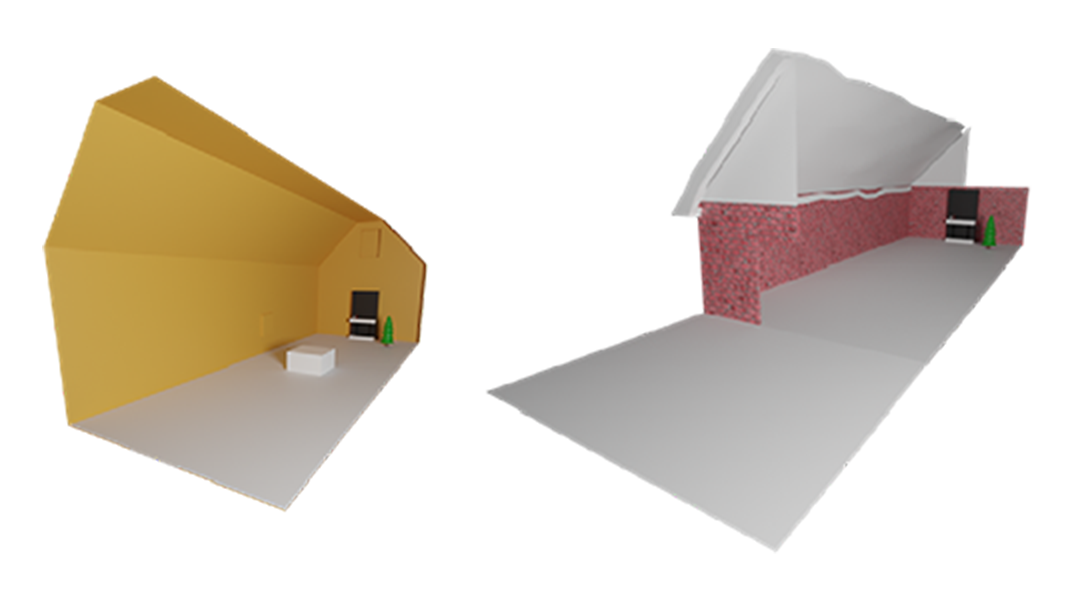 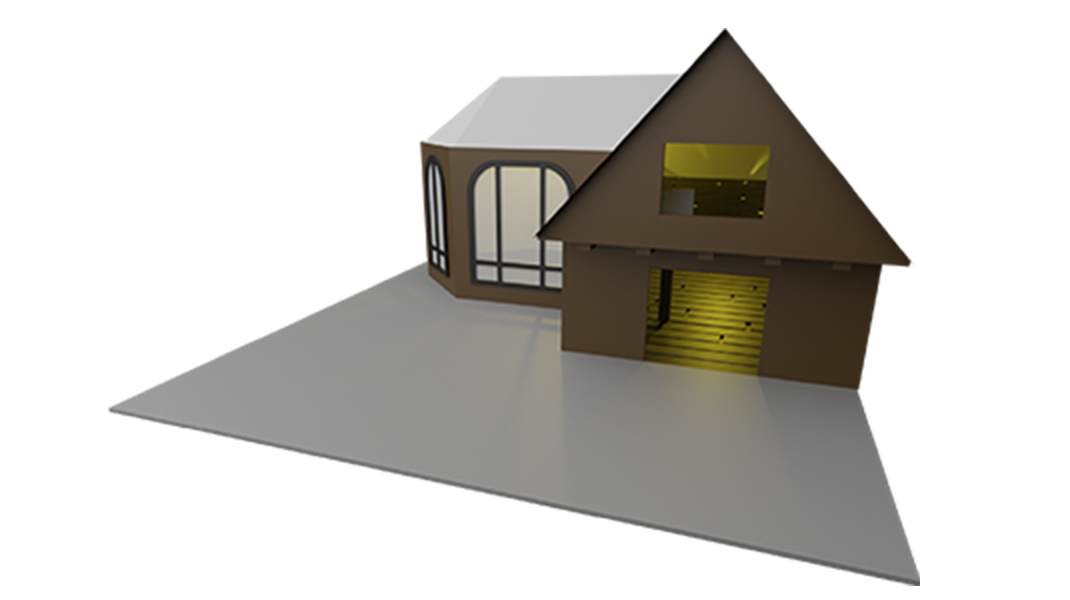 In the process of work, we decided that the original design of a small room with a roof will not fit all the details, so we made a new design and implemented an improved scene - a two-story house.

* Low poly - A term used in 3D computer graphics. Translated, it means a few polygons - with which objects are created.

An additional aspect that makes computer graphics "alive" is the physics and interactions with the virtual world. The stage includes various types of interactions with physicists, the most complex being the doors of the house.

Interesting fact - The doors are entirely written in code and there is no 3D object for them. 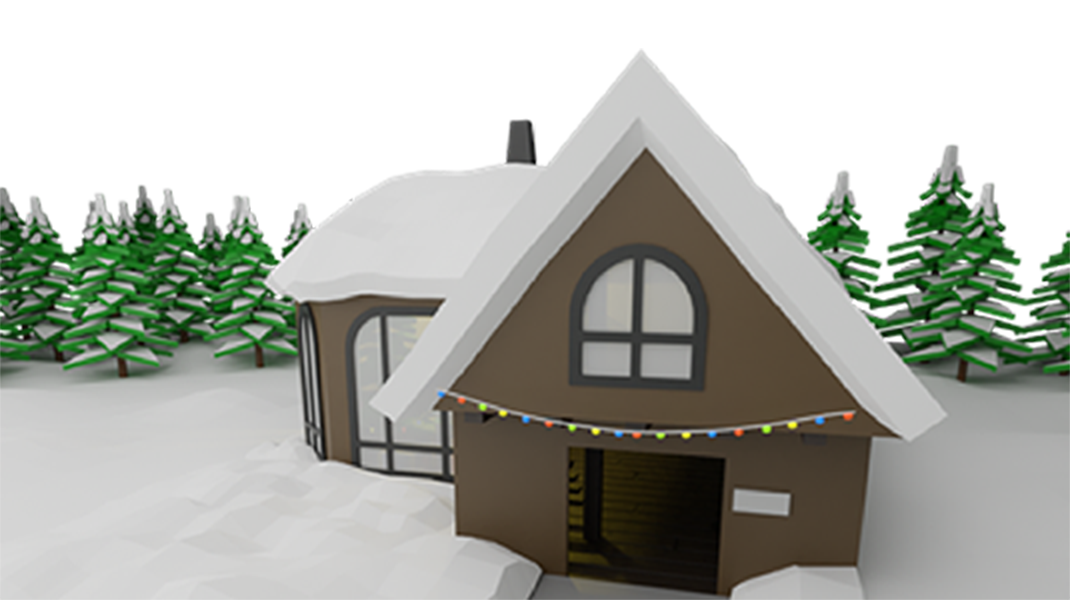 The environment has proved to be one of the most difficult tasks, as it consists of just under 100 3D models of pine. The challenge was that it should not weigh in on the computer in any way while avoiding quality degradation.

The interaction with the gifts is one of the most important elements in the scene, as it is done through the library three.js with raycaster (beam), which is launched from the position of the player. The action is performed when the beam crosses an object.

The check is performed 60 times per second.

We were challenged to devise a gamification strategy.

Our decision was to enable the user to collect different Christmas gifts, each time appearing in any place on the card, with the aim to find a total of 5 hidden items.

In order for our idea to reach as many people as possible, we needed a good marketing plan and strategy, as well as good advertising.

We've upgraded our gamification strategy by giving anyone who finds 5 hidden items, captures their time, uploads it to Instagram, and notes Weband to be part of our in-game rankings. 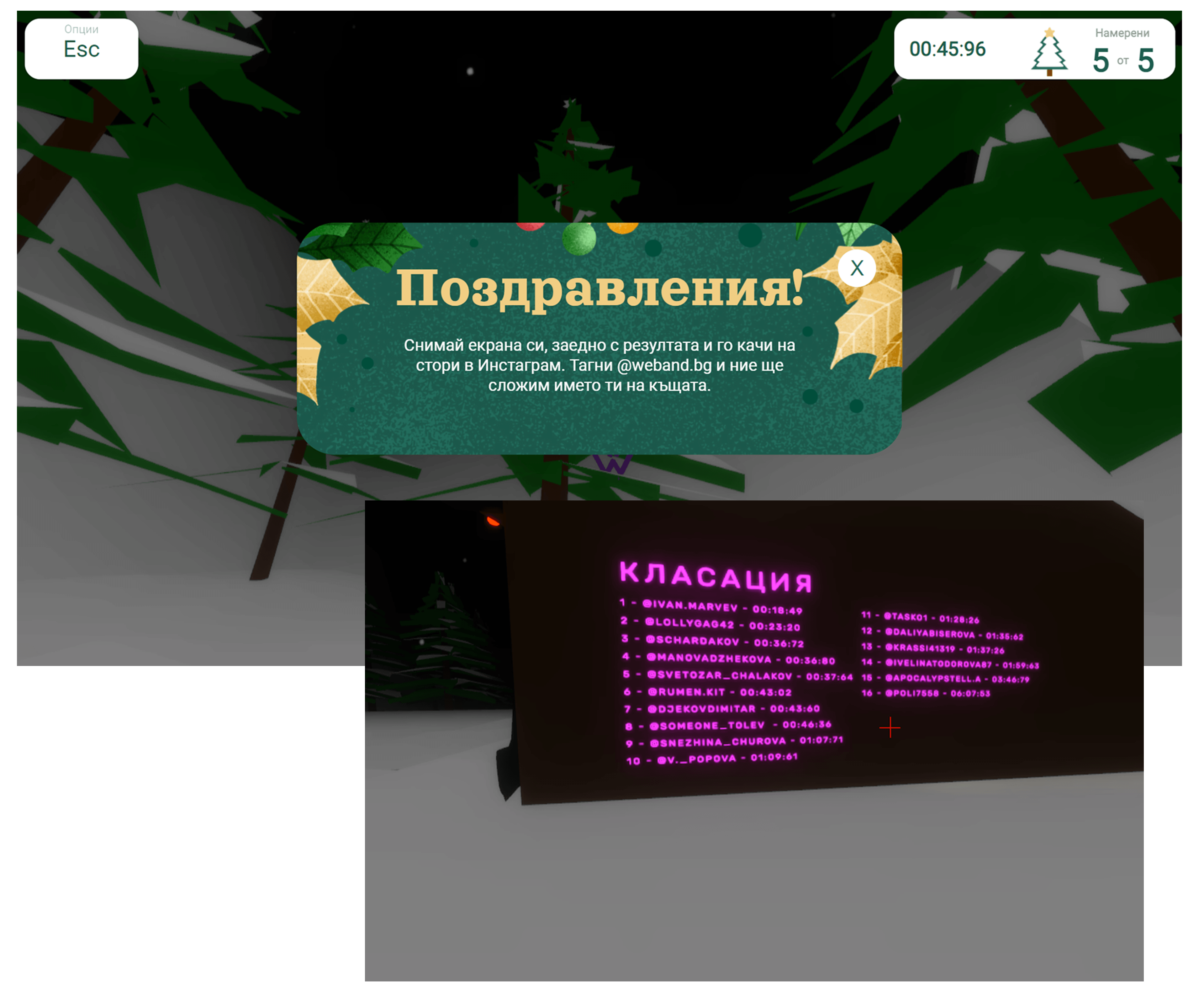 Due to the fact that the game is optimal for the desktop, we focused on users who would access the game from a computer. We decided that the best social network for this is Facebook. 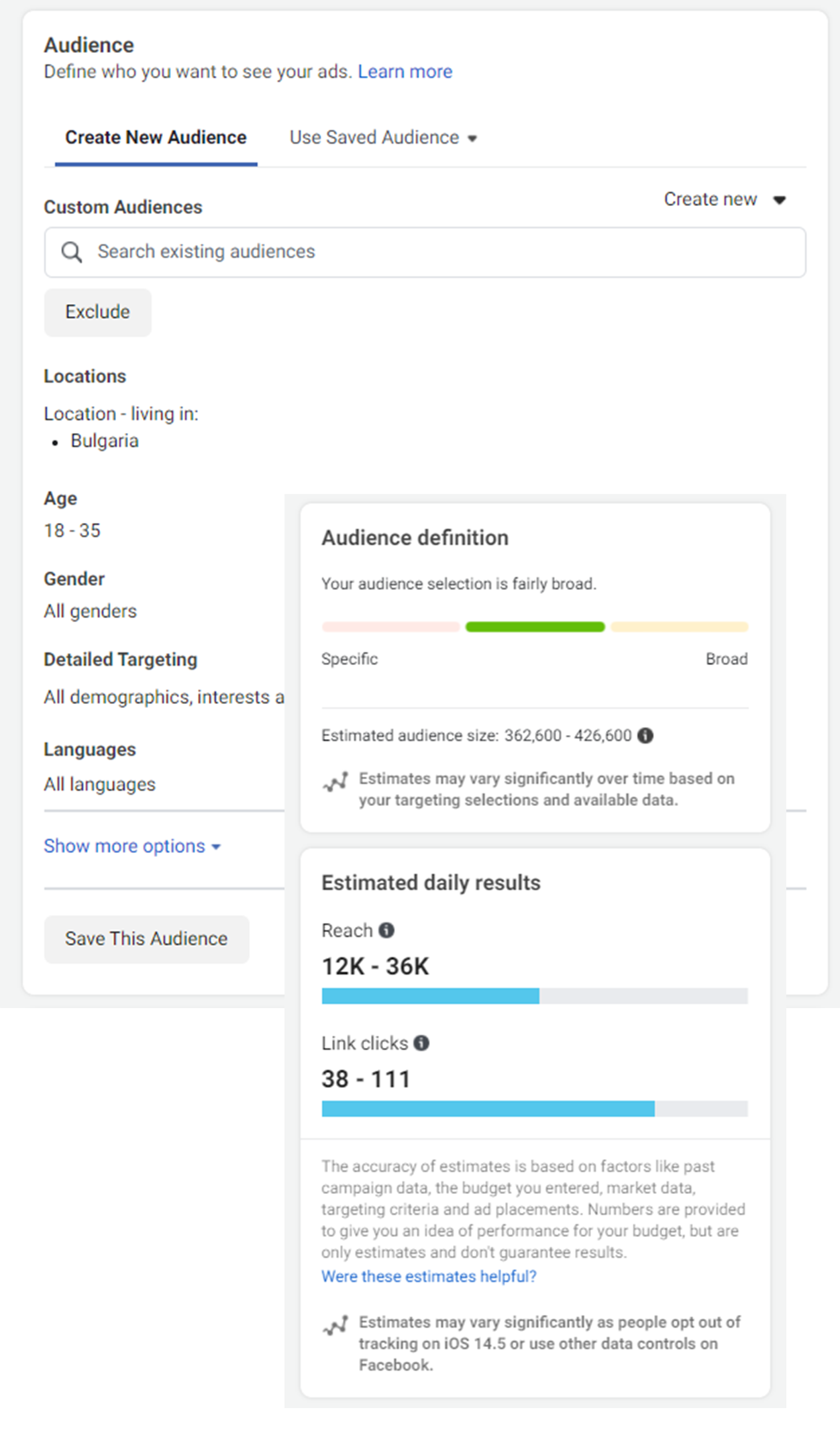 In addition to our digital Facebook advertising, we decided to create an offline advertising campaign in parallel with it. Although our game is designed for the desktop, this did not stop us.

We created a specific number of custom stickers for each team, with a QR code. 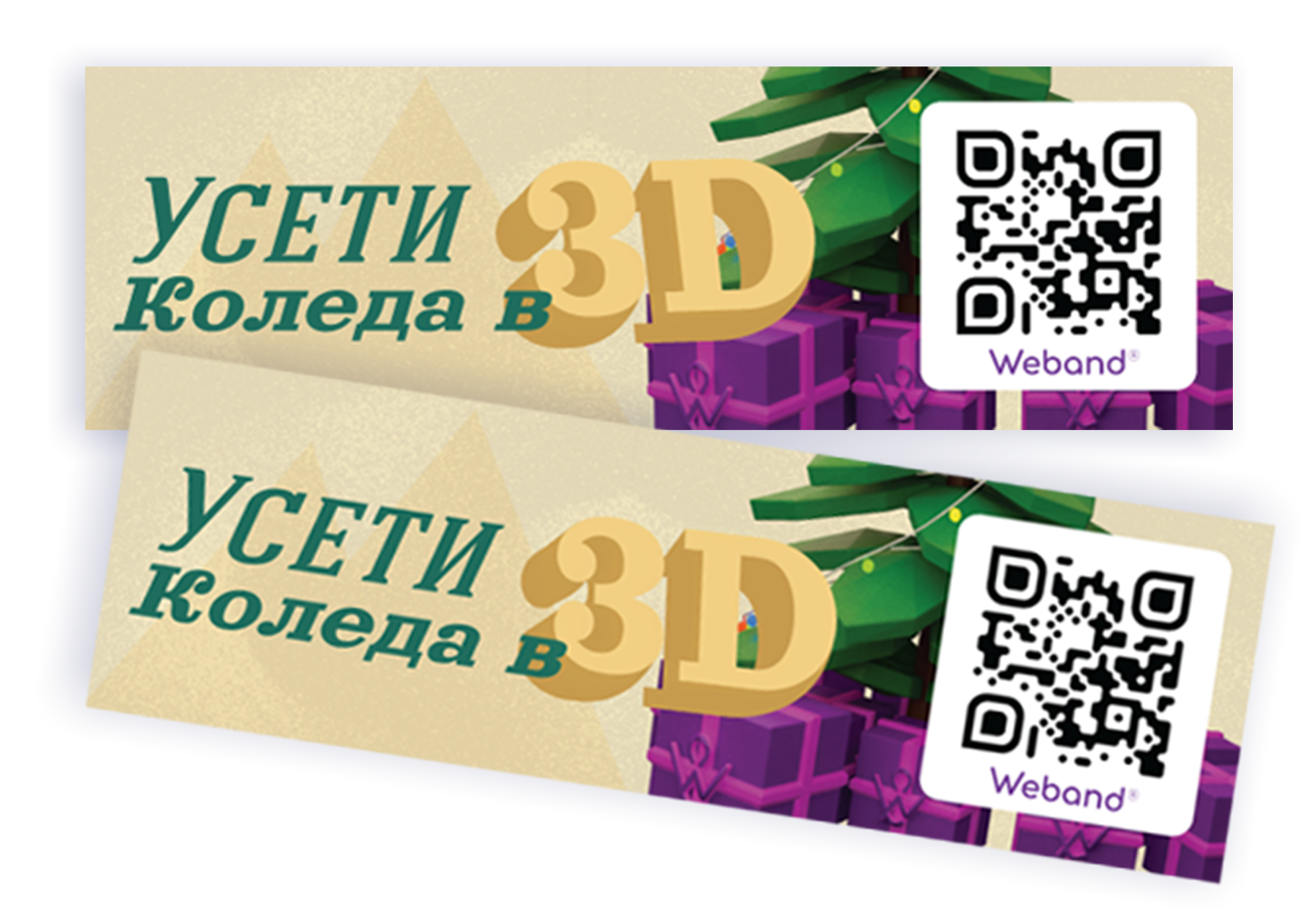 The aim of the competition, which we organized between all of us at Weband, was to stick the stickers in original places and ones that would be scanned by as many people as possible, reaching the target audience.

In this way, we tracked, at the end of the campaign, who managed to reach the largest audience through the stickers.

👉 See our short video "Behind the scenes" about the idea, process, and implementation of the project in our Instagram profilehere.