Ivan Tride, or as some people know him - Vanko 3D, is a 3D VFX artist and AR developer. People turn to him when they need something creative, futuristic, or innovative.

It all started with a passion for the art of illusion while a student in Dobrich, and to date has worked with world-famous personalities such as Tory Lanez, Juicy J, NGHTMRE.

Phygital MIXTAPE - How was the idea born and how long did it take from an idea to become a reality?

Ever since the summer of this year, it has been in my head that I want to gather all my original songs so far in one place, to pack this period of my musical adventures, and to present it in some interesting way. I was thinking of all sorts of options for custom 3D printed flash drives, to model some unique conceptual item, because we all know that discs are generally the standard for music albums, but they are already relatively obsolete. There had to be some added value, I always try to build on what I've done so far and do new things that I haven't seen anywhere else. The origin of the idea itself was at the beginning of the summer of 2021. It was a few months in the background in my head while I was running other projects and around September I focused on the exact model of a flash drive - a plastic card. The shape itself was perfect for adapting into some kind of futuristic music player that also looks like an audio cassette. It took me about a month to finish, but the active work was a few sleepless nights, the rest of the time I was refining the details. The hardest part was programming the section to play and stop the songs, when you play one - the other to stop. The filter software was not made with the idea of ​​using such things at all and the big part of the puzzle was figuring out how to bypass the main features of the program, downloading some custom codes from the internet, adapting and speaking, programming an entire AR music player in a filter which has not been done so far. The worldwide community of filter creators really appreciated and flooded my post in the community with praise for the filter, I even won a special financial award from @ lens.list and SPARK AR, which was a big compliment.

Where do you get inspiration from when you want to create something that hasn't been created before?

Unlike me in real life - messy, distracted, and chaotic, my cameraman works extremely systematically, he has his own agenda and is an absolute minimalist. Constantly cleans and throws things in the trash. He spreads in the empty operating room, watches on the dashboard what's happening to me, and cleans everything he doesn't need. To make room. The assistant knocks on the door every 5 minutes with a new compilation of ideas and concepts. When the idea is exciting enough that I hear the engine forcing it, then the vacant space in the operating room is taken over by the three of them and work begins. In these moments I become obsessed. These are the ideas that make me so hot that I can't sleep until I see them ready.

So the answer to "Where does the inspiration come from" is - from within.

In Dobrich, you start doing illusion art. What do tricks and augmented reality have in common?

Augmented reality is also an illusion. You see something that is not really there.

From a young age, I was very curious, I was looking for and impressed by the things in life, the arts that had the effect of WOW on me. Things that break your idea of ​​reality. Basically, as a student, I started working with 3D and effects, but then my computer was too weak, I had to wait for renderings for hours. So during this period I had left this hobby in the background and focused on live visual effects - which is the art of illusion. I loved seeing people's amazed looks and breaking their imaginations, and that charged me. Now I see that the power of the digital art I create is the same. I have been following this path since I was a child, looking for how to create the "WOW" effect. What is the big goal you plan to achieve soon?

I want to invite everyone to a party at the Cyber Temple in VR. I know that many people are wondering what happened to the competition I organized this summer, what will be the final result? Well, we are working on it! Good things take time.

Where do we see ourselves in the near future with the help of VR and AR?

The digital world will become more and more attractive and I am extremely interested to see how these technologies will contribute to the field of education and entertainment and especially how they will merge. Education + Entertainment = EDU-TAINMENT

Imagine a history class instead of reading a textbook text, VR being transported to a photorealistic representation of certain historical events, a biology class entering the human body, your teacher having a leukocyte avatar explaining how it works. immune system. Or in math class, instead of solving dry equations, you are assigned to fly a spaceship that, in order to land, you have to solve a problem. Such methods of gamification in education would be much more skillful in engaging students' interest in delving into certain subjects and discovering themselves.

What would you say to anyone who wants to do 3D, but finds it very difficult to become so good?

Let's get started. The whole world has rapidly intensified to digitalize, the demand in this area is huge.

Haha, basically, I was Vanko 3D since I was a student. Until the moment when 5-6 years ago I had to be written on a poster that I would play music in a club and I was told that Vanko 3D sounded like I was not taking myself seriously. Then I said OK. IVAN TRIDE. Sounds more serious. Since then, Vanko 3D has become a nickname for frivolity and ease, so under this pseudonym, I post my original music and various daily human works on Instagram, and I use IVAN TRIDE ironically for more representative things.

With "𝐖𝐞𝐛and Talks" you will have the opportunity to meet people who have contributed to our digital industry, from whom you can learn a lot and be inspired!

Don't forget to follow us on Instagram, where you can follow the next editions of our column, as well as more interesting information about what is happening in the digital world around us! 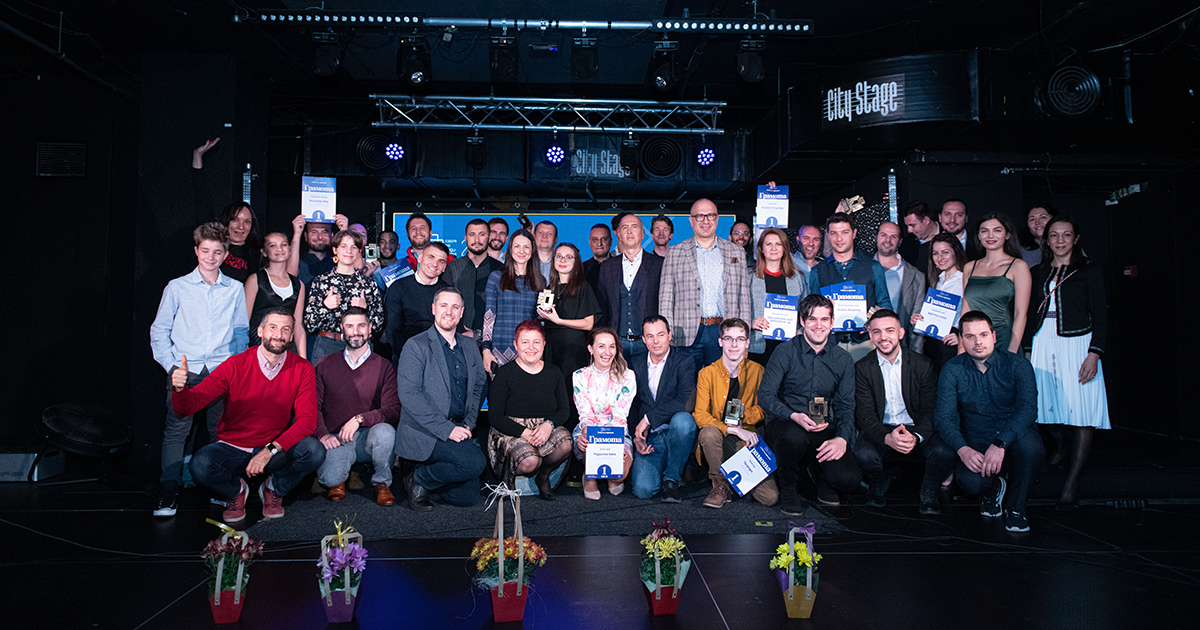 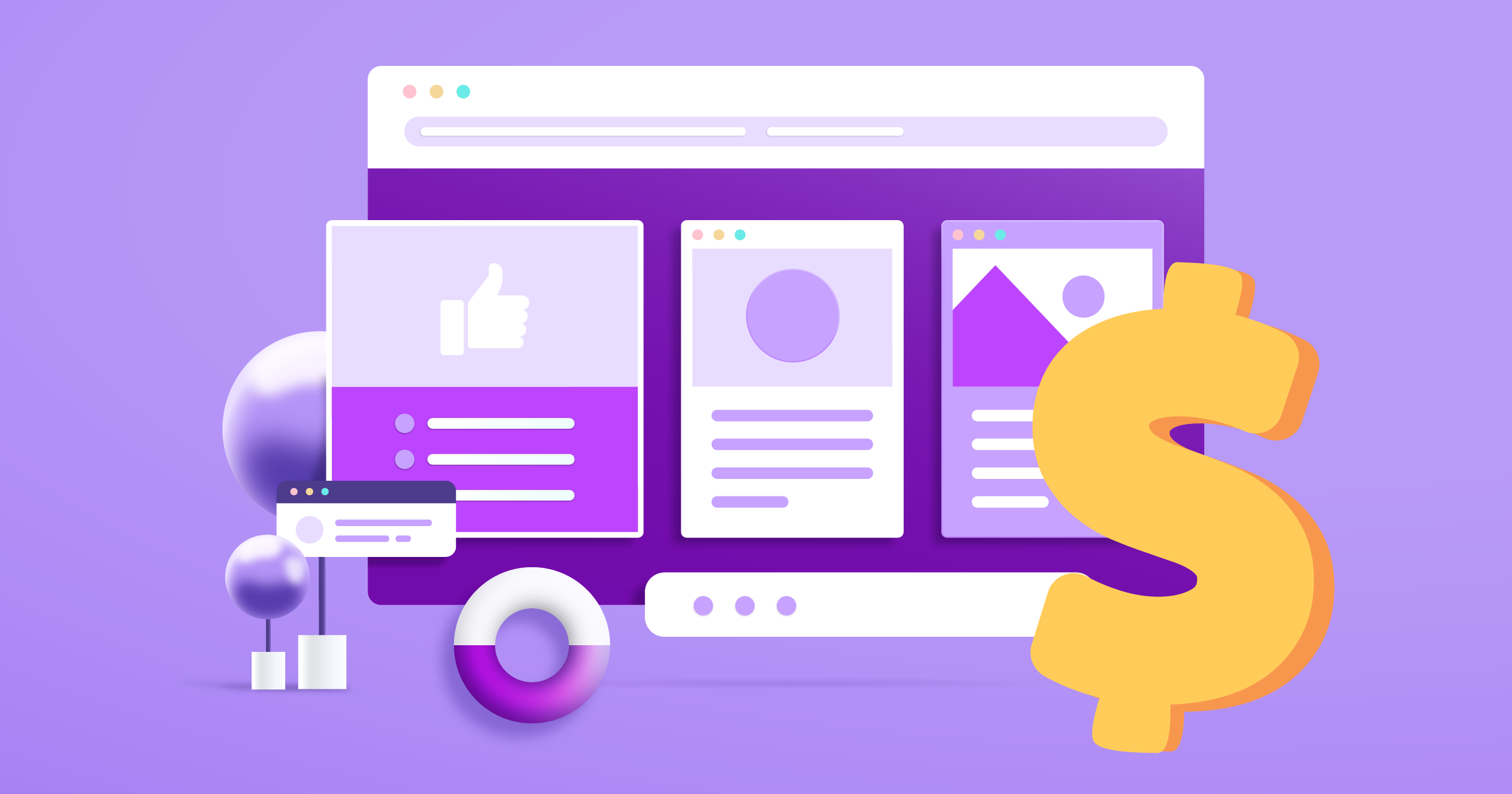